Everyone has a holy grail they’re searching for. Mine is perfect skin. I know, I know. Perfection is not really attainable, but to be able to eliminate any need for face makeup would be a-m-a-z-i-n-g! My quest for smooth, blemish-free, and even-toned skin has been a seemingly never ending journey. The current bane in my existence is my melasma.

Let me first say, I’ve experienced a fair share of skin troubles. It seemed like one thing after another kept happening. Cystic acne, broken capillaries, melasma, dark under eye circles, really dry skin, oily skin, you get the picture.

And believe me when I say I’ve tried A LOT of products and treatments to correct those issues. I don’t even want to think about the amount of money I’ve spent, so hopefully I can save you from things that don’t really work.

My Epic Battle with Melasma

If you don’t know what melasma is, it’s basically dark spots on the skin. No, I don’t mean freckles or plain hyper-pigmentation this is a “special” sort of spot.

Melasma typically happens as a result of hormones and causes the melanocytes to over-produce pigment. So things like pregnancy, birth control, or hormone replacement can make it happen. You might’ve heard it referred to as “pregnancy mask” — which seems a little misleading because you don’t even have to be pregnant for it to happen!

Those of you with an official diagnoses probably already know that it can never be cured (sorry, if you didn’t know). People with melasma can only “keep it at bay”, which means it is truly an epic battle.

I know that sounds terrible but before you completely freak, there is a slight shred of hope as it sometimes will go away on its own — particularly if the initial cause of the melasma has been removed.

My melasma happened as a result of BC pills, but even after stopping them it never fully went away. I will say that it got lighter after I stopped, but melasma obviously has the tendency to fluctuate due to sun exposure — and there’s only so much one can do when living in sunny southern California!

When I first started on this journey, I tried things like hydroquinone, Retinal A, and another lightening product that I think it was called VitA (I can’t remember now).

The most effective thing that I finally found was Cosmelan (I talked about the really great results I had with it in another post), but it had its own set of issues.

The product comes from Spain, and unfortunately, due to some new regulations in the US, the original formula (the one that worked really well) can no longer be sold here. So that’s problem #1.

Problem #2 is that the “down-time” was just too long for me. A week and a half of peeling skin is exactly why I procrastinate needed chemical peels, and I have no desire to have to do that every three months or so just for my melasma.

If you’ve read any of my other blog posts, you know about my tendency to research things for years (gulp), so naturally I had already looked at other treatments for melasma. But time and time again, the general consensus seemed to be that lasers and IPL treatments are “not good for melasma”, and some people were even stating further issues from these treatments (aka tissue damage/loss). I mean, really freaky stuff.

However, one late night while getting sucked into youtube, I stumbled upon a video where a laser was removing melasma right in front of my eyes! I was completely in awe, and naturally, I immediately looked them up. They passed my “knowledgable and safe” test, so I emailed them for a consultation.

A few days later, I sat down with one of the doctors. He went over the anatomy of skin and my conditions in great detail. Turns out I also have mild rosacea (which would explain the broken capillaries). He suggested a custom treatment with two lasers.

I agreed to the 3-4 treatments that would be 6-8 weeks apart, and I scheduled my first visit.

Per usual let’s start with some before pictures. I do want to mention that you might think this is just shadowing on my face, but no. It’s there all the time. There’s a few large patches on my forehead and it spreads out across my cheeks and upper lip. I showed up to my appointment with my big brimmed sun hat, and a fresh face. I only had on a moisturizer that has SPF in it. The lady had me sit back in their super comfy patient area, and she put numbing cream all over my face. It’s clear so you can’t see it. She told me that I could lay back and relax while the numbing cream would sit on my face for approximately 40 minutes.

I have to go off on a small tangent here, because I’ve had a lot of numbing creams but this one was so amazing! They told me that it’s their own special blend, but oh boy, does it really numb your face. I had to be SUPER careful not to touch my face and then accidentally touch my eye. I did that the first time I ever had lip injections, and it’s not pleasant. After I was all numbed up, they took me to the treatment room. I had to wash all the numbing cream off of my face, and that was  a weird feeling! I mean, I couldn’t really feel anything. If you aren’t expecting true sensation-loss, you might get freaked out.

I was excited though. I’ve had laser in the past for veins and also for hair removal, and effective numbing cream is an essential when your pain tolerance is like a 2.

At any rate, I laid down and the doctor began with the first laser for my broken capillaries. I couldn’t feel the laser AT ALL. I was bracing myself, but with each beep of the machine, I felt nothing. Nada. Zip.

I giggled out loud because I just couldn’t believe it.

Next, she did the fractional laser.

I did feel this one, but zero pain. Now that I’m typing this, I realize this is hard to explain. It’s similar to the feeling of something touching you. But there’s no sensation. No tickling, no pain, it’s just there. Maybe some heat, but that’s it. I don’t know if that makes any sense. The bottom line is: ZERO PAIN.

After the doctor finished my face, I was taken to this little stool, and my face was set in front of flat plates containing light bulbs. They flash insanely bright and quick, like 30 times (good thing I’m not an epileptic). I believe this was to help reduce redness but I can’t remember exactly what they told me, because I was distracted by the lights. They were unexpectedly bright! I mean, my eyes were closed, but it was still pretty intense.

I was instructed to keep my skin moisturized for a few days, and briefed on what to expect.

So I got in my car to head home. And let me tell you, it felt like I had the worse sunburn of my life! My face was on fire. However, I was told that that would happen. I cranked up the AC on the drive home, and when I got home I sat down in front of the TV with a giant box fan right by my face.  It felt like it was just getting hotter and hotter. The sunburn feeling probably lasted about two hours, and my face did start to swell a little.

Oh, I should probably tell you that I also had lip injections done about 5 days before, so any swelling in my lips is most likely due to that. A little later that day, I applied the cream that they gave me and the texture of my skin was like sand paper.

You can’t tell in the pictures but you could see little hash marks on my face if you looked closely enough.

Also, I think the fractional laser has a square face, so I could see a sort of pattern going on and white stripes where it didn’t overlap.

By the time that I was going to bed a lot of the redness had gone away, but my face looked pretty puffy. Sleeping was easy. The next morning I woke up and I took a picture right away. My face looked a little pink like I was getting over a sunburn, and the rough texture was still there. Most, if not all, of the redness was gone. Some of my melasma spots started to get darker, and the texture was still the same. I was also noticing that there were some small scabs, or like red blood dots.

However, I felt like my skin started to glow. I didn’t wear any makeup today as I really think the texture would look worse than showing dark spots. Plus, I didn’t go anywhere anyways. I did have an eyelash extension gal come to me though. Look how nice my lashes look! lol I did go out in public this day, and I wore sunblock, and my giant hat. I chose to not wear makeup, because the sandpaper texture. Some of the melasma spots appeared liked they were still getting darker. So you probably noticed that I was in the car on day 4. I was headed down to Newport Beach for the rest of the week. I have to mention that whenever you do things like chemical peels or lasers staying out of the sun is imperative.

So, of course I like to do everything the hard way. I was super freaked out about sun exposure. Naturally, I researched strong waterproof sunblocks and I found one that seemed to be very popular among the surfing community. It’s called Vertra (affiliate link).

I purchased it in “clear”, but it goes on white. So it is masking my skin here a little in the following picture. And it definitely revealed the sandpaper texture I’ve been describing. However, I didn’t care about that. I just cared about keeping my skin as safe as possible. I skipped day 6 if you were paying attention, but there really wasn’t that much of a change. The only thing is that a lot of the roughness was disappearing and was only present on the outer edges of my face. So far in round one of the fractional and vein laser, I think the results look promising. I don’t think that any of my melasma spots are completely gone yet, but they are definitely a lot lighter. The down-time was more tolerable than it was with Cosmelan. My face only looked crazy for the first couple of days and the rough skin texture wasn’t noticeable unless I put a pigmented product on my face.

I’m not particularly impressed with the laser treatment that was used on my broken capillaries. I mean, it works but it seems to miss small spots. I feel like you almost have to mark out specifically where you have veins. Then the doctor is able to be really thorough in that area.

I did love how glowy it made my skin! And I didn’t have any adverse reaction to the treatment. So, I’m looking forward to seeing how this whole thing turns out. Subscribe to see how round two goes!


Notice: Trying to get property 'post_excerpt' of non-object in /home/customer/www/madeoflovely.com/public_html/wp-content/plugins/jquery-pin-it-button-for-images/includes/public/class-jpibfi-client.php on line 146 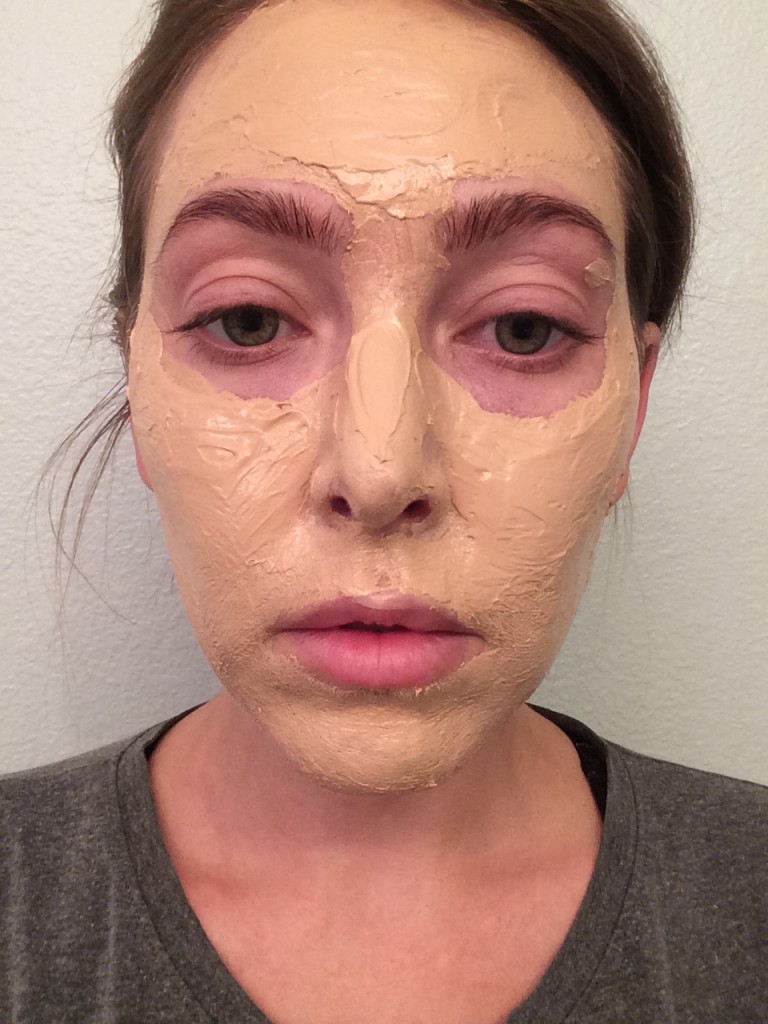 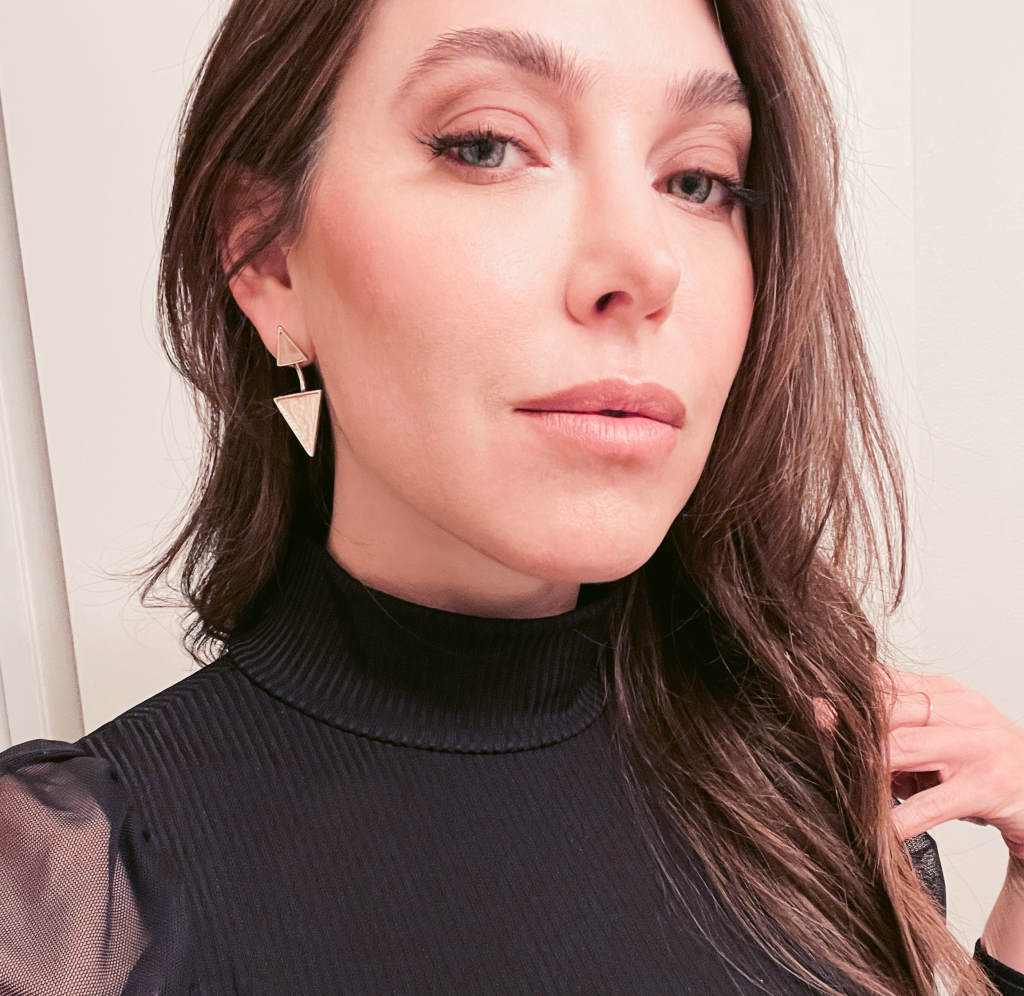 Hey there!  I’m Kendra. I’m a multi-passionate entrepreneur, and I’m taking you along for the ride.

For the Makeup Lovers 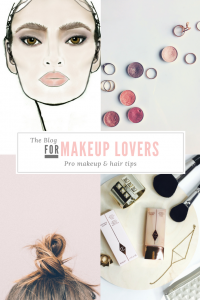